Dear friends, I wanted to share my story with you today.
A little less than two years ago I became pregnant, and that was one of the happiest days of my life. Little did I know of the troubles awaiting me. Luckily my baby was healthy and well the whole time, but my mind and body had suffered many changes, undergone hard conditions and injuries. The pregnancy itself was very difficult: from 24/7 morning sickness, to pains in my side, abdomen, back, knees; being unable to sleep on my belly, sides or back due to pains, heart palpitations, pressing on one of the main arteries which would slow down or completely stop the blood flow; constant tachycardia; high blood pressure; dizziness and swelling, I found myself lying in bed most of the time. I couldn't sleep at night; my sleeping schedule was from 6 am to 10 am after which I would spend about 8 hours lying in bed unable to do anything. This time was a nightmare but I kept my spirits up because I was waiting for something beautiful.
The delivery itself was also very difficult. I had an assisted birth and massive hemorrhaging afterwards. There was a blood clot left inside, which they had to remove manually two days later. This procedure was done without any painkiller or anaesthesia and it was truly traumatic, both mentally and physically. In the end I was left with severe diastasis recti, two types of pelvic organ prolapse and PTSD. I couldn't sit down for over a month due to pains; my core wasn't functional at all: I couldn't sit myself up for a long time without rolling onto my side and pushing myself up; and I had troubles with going to the restroom for about 8 months.
I had a huge 5-finger gap along linea alba, separating my rectus abdominis muscles. The muscles were separated and the tissue between them snapped so it couldn't keep my internal organs in place. Consequently, the intestines were sticking out and making a pregnant-looking belly even though I wasn't pregnant anymore. The first picture shows my belly 3 months postpartum, and the second one is 5 months after giving birth. It pretty much looked like that for over six months. The doctors advised me to get surgery done because the gap could never fully close and it would just get worse over time. I decided not to undergo surgery before I give my best trying to recover naturally, with rehabilitation exercises. The last picture shows how I look now, 12 month postpartum. Through exercise alone, and some breathing and posture adjustments, I was able to shrink the gap down to 1-finger width and make my core fully functional again. And despite being told I would never be able to do kickboxing or any other type of hard exercise ever again, I am now happy to say I can do yoga, go swimming, do kickboxing, even go for a short jog, and most importantly, I can teach again! I am not done yet, I am still recovering but I am proud of myself for getting on the right track.
My goal now is to inspire women who are struggling with the same or similar problems as I have, and help them reach their goals because it is definitely POSSIBLE. Do not give up, you can do anything!
#diastasisrecti #rehabilitation #rehabilitationexercise #momworkout #strongmom #thisispostpartum
Tweet 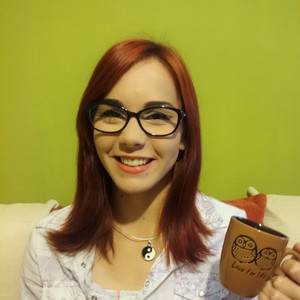