"La muñeca" is a poem about a little orphan girl who wanders the streets on a cold winter night when she sees a beautiful doll in the window of a store.  She goes inside while admiring the doll the salesman yells at her and lets her know the price of the doll (and in a mean tone assures her that she will never be able to buy it).  Back outside in the streets, a man passes by and out of pity gives her money for food and shelter to make it through the night.  It happens to be the same amount as the cost of the doll.  Instead of buying food, she buys the doll.  The next day it comes out in the news that the body of a little girl was found dead holding a doll during a cold winter night.
Even if you are not eloquent in Spanish, you will be able to feel the deep sentiment in this poem. Watch the video and listen to this beautiful poem. I am sure that you will immerse yourself in it and will even be able to understand each part of it. 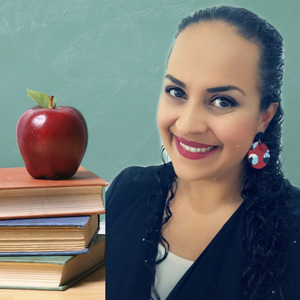