Is there a biological difference in job-related abilities between men and women? 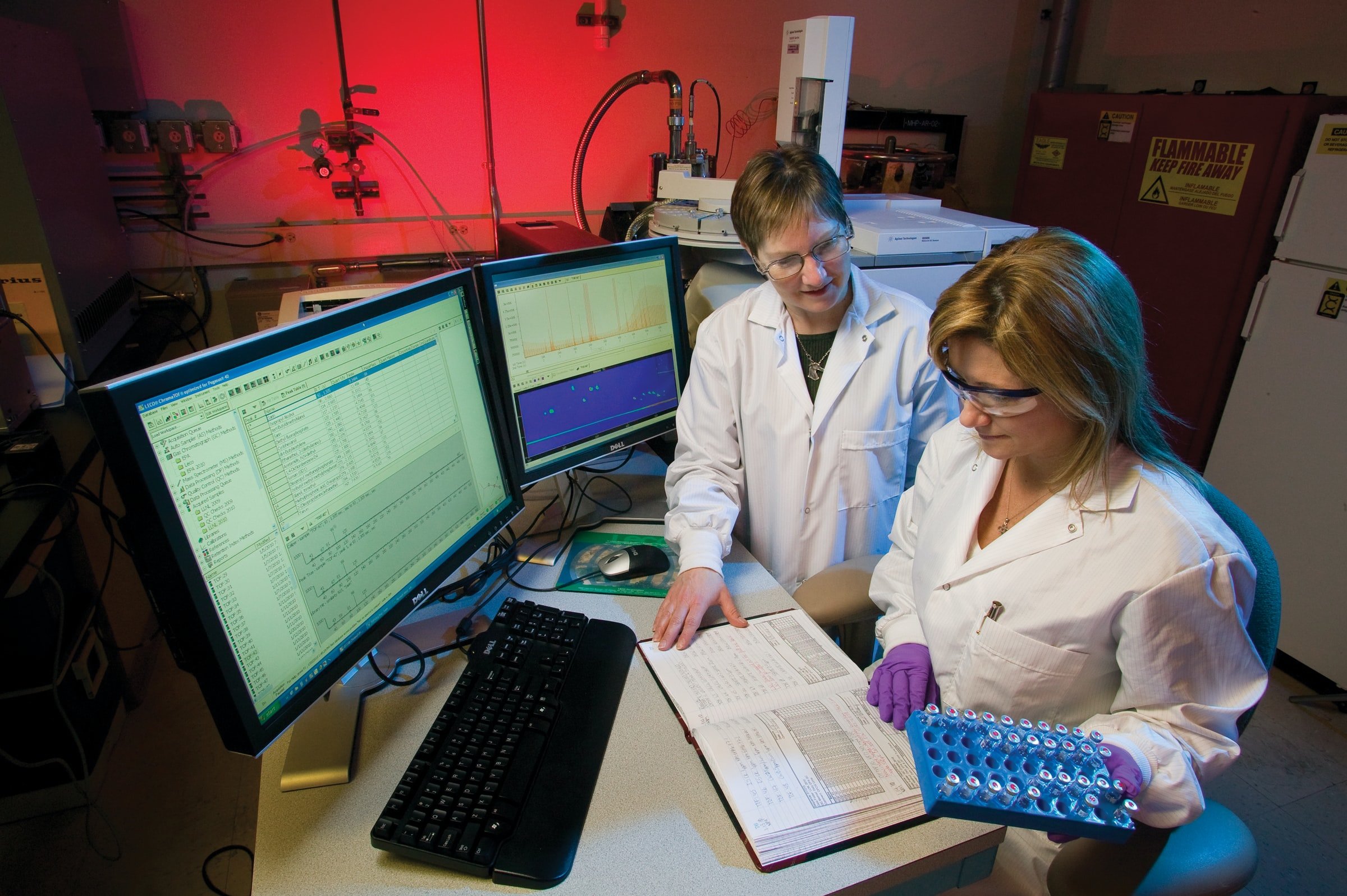 The short answer is, no, there are none.
Based on current research it seems there is no difference in abilities ike leadership, mathematics, analytic and planning ability, ability to learn biology or chemistry, de precise engineering, or write beautiful poetry, and so on.
Based on current data about results and job participation we cannot judge ability to do a profession. This is so because peoples' behavior is influenced by prejudice and bias. That is, if you always tell someone that they are not good at something, that person won't try that activity; and if in certain countries we raise women saying they are not good at maths they will not apply to maths at uni and won't be working in jobs requiring maths (or at least they will do so at much lower rates than men). What this shows is that the fact that there are differences in the number of people who are currently good at maths or physics or teaching in kindergartens (or doing anything) doesn't show that there are real differences in their abilities, due to their gender.
What we do see is that in fields where there is less bias, as for example recently in medicine, female applicants often overtake male applicants: look at the rates of successful medical school applications(, and also the rate of outstanding students receiving awards at medical school graduation ceremonies. Both rates are higher for women. Since medicine opened up to women the field became much more equal, and often women are in the lead. Of course since this wasn't so 30-40 years ago, you won't see this effect at the senior levels, since people who are in older age groups were affected by the biases of their age.
Regarding physics, a core engineering related-field, it is clear that there are still many prejudices and biases. You can read some studies about this
https://physicstoday.scitation.org/doi/10.1063/PT.3.3870
More recent studies show that on objective tests there are no serious ability differences except on the extremes (very bad and extremely good, which tend to be male more often). There are several explanations why the extremes tend to be male, and it is still studied whether this is due to socialization or maybe socialization combined with some biology-based but not mathematics related ability differences (basically differences in visuo-spatial abilities, how good we are at guessing depth, relation of objects in space, etc.).
https://www.ncbi.nlm.nih.gov/pmc/articles/PMC4270278/
In countries that have cared more for fairness in the last decades we see that the idea that women are less competent is disappearing. However, some prejudices are still present.
https://news.northwestern.edu/stories/2019/07/women-no-longer-regarded-as-less-competent-than-men-but-still-seen-as-less-ambitious-and-decisive/
These bias effects are also strongly present in my field, Philosophy. One main cause we found in philosophy for the different participation rates of genders in MA and PhD programmes had to do with self-image: if there are no good role-models who are similar in some key aspects (gender, personality-type, etc.), people can't really imagine themselves as working in that field. That is one of the reasons why it is important to acknowledge that there are many quite different people working in any field. Harvard has a nice programme showing this.
https://news.harvard.edu/gazette/story/2020/07/i-am-a-scientist/
Tweet