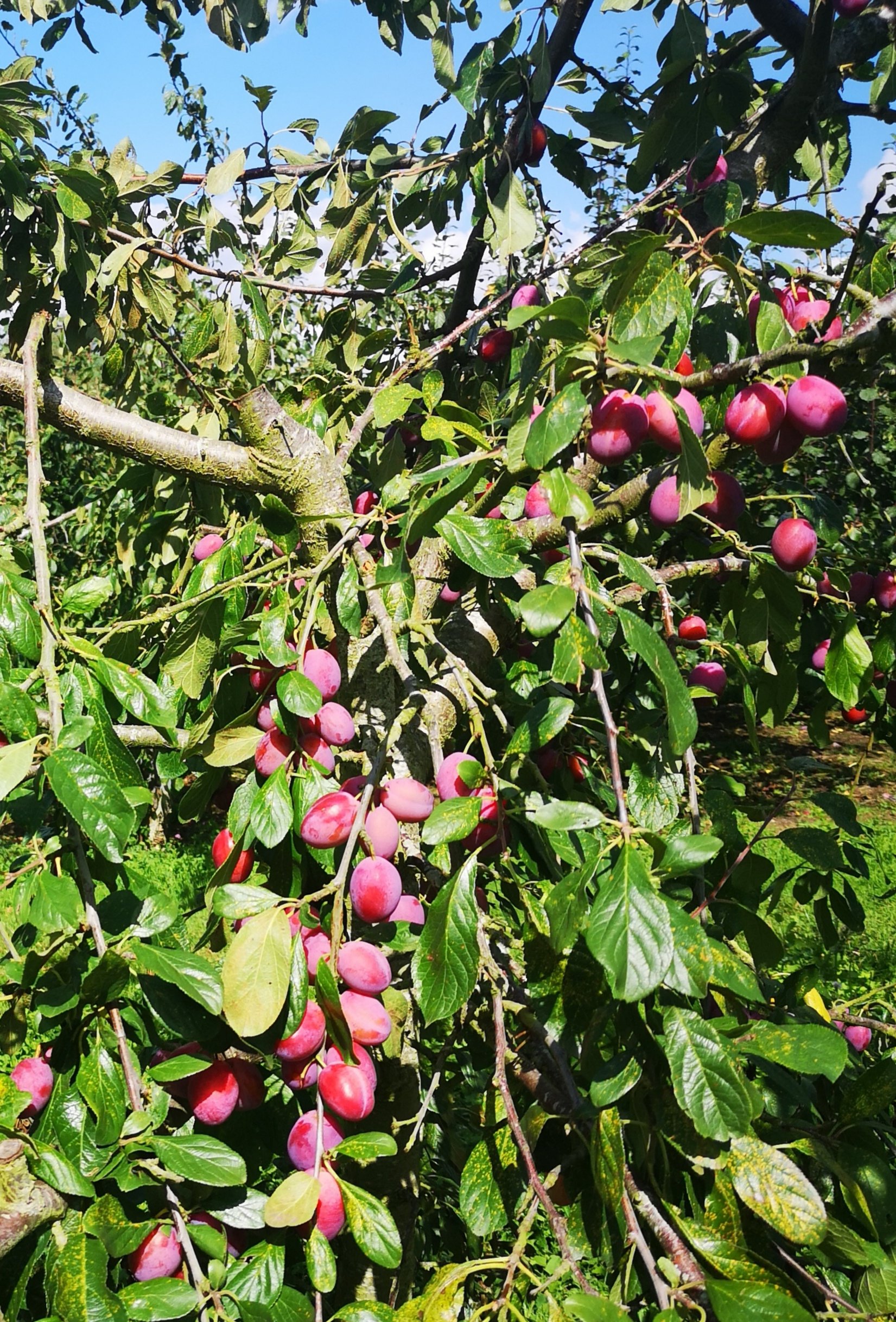 In Plum Picking 2 Mrs C and I finally arrived in Ticehurst. We rested for a while in a pub called the Bell…

A few doors up from the Bell is a relatively new shop which sells nuts, dried fruit, cereals, beans, pasta and more. All items are stored in large suspended dispensing containers, the customer brings her own small container (which is weighed first), then takes the desired quantity of the desired item, the shopkeeper weighs it and finally the customer pays according to the weight. This zero waste refill store is called ‘Buy the Weigh’. Do you get it? It sounds the same as ‘by the way’. ‘By the way’ is a phrase used when you want to add something to your conversation; its synonym is ‘incidentally’. 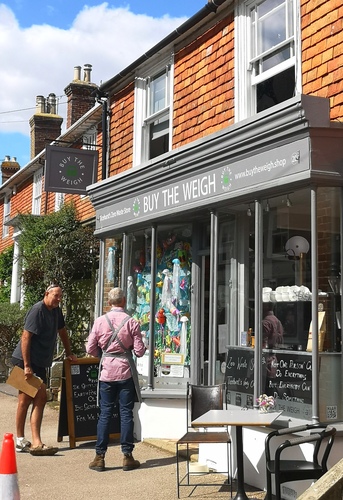 A little further on from ‘Buy the Weigh’ is the end of the village, or the start depending on which way you’ve come. From there it’s a five minute stroll to the Pick Your Own (PYO) farm. 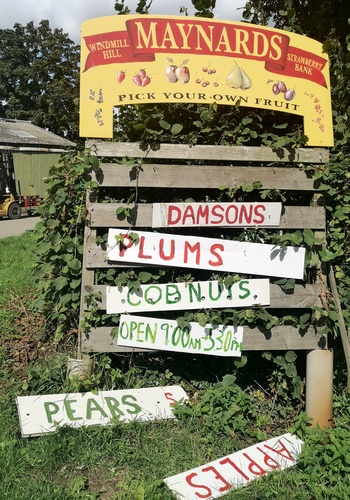 We headed straight to the pear orchard, picked four large red pears then made our way to the plum orchard. 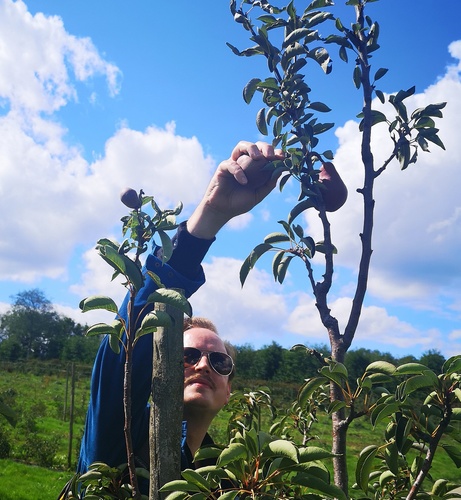 The plump purple plums we picked were a little tart, which is just the way I like them! The second variety of plum was sweeter and also very delicious. We didn’t pick our own cobnuts (similar to hazlenuts) but we bought a small punnet of them when paying for the plums and pears. It was a glorious day for an outing: warm but not sweltering, there was a gentle breeze and there were gorgeous clouds in the sky. 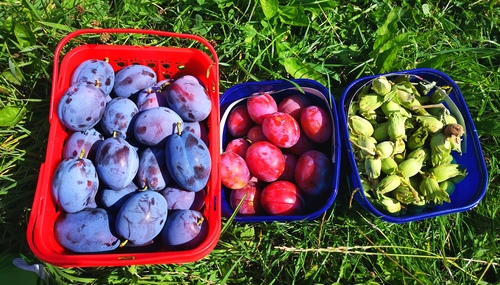 l  head to somewhere   verb   go towards a place

l  variety   noun   type of fruit or vegetable e.g. Victoria is a variety of plum 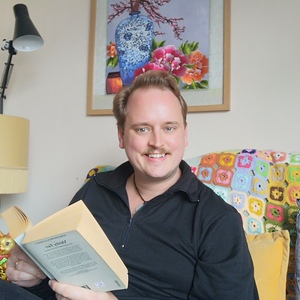