The Biggest Adventure in my Life: Greece & the Shrine of Amphiaraos

周间主题: The biggest adventure in my life 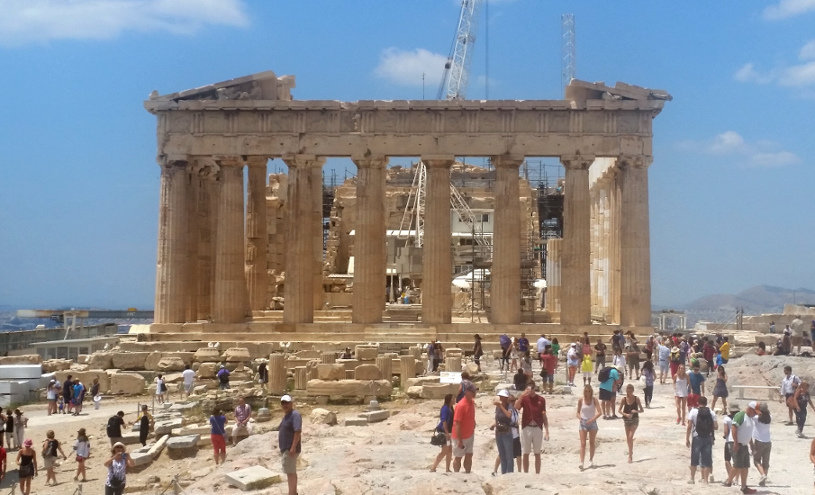 The Biggest Adventure in my Life

A visit to Greece, and an introduction to the shrine of Amphiaraos.

I want to tell you that the biggest adventure in my life was my first trip to Japan and South Korea. It was definitely the happiest time of my life. But I think most readers learning English here are from South East Asia, so I want to talk about my research trip in Greece.

Actually, even though I am an archaeologist, I have never had the chance to travel much. Before I began studying, I mostly took either retail or manual labour work, and the rest of my life I have studied. When I studied my PhD, I won a scholarship to travel to Greece for research. It was actually the first time I travelled overseas, and I was going alone. It was actually very difficult for me. In fact, I have always travelled alone.

I went to Greece in mid 2015 and I spent most of my time in Athens. I suppose that most travellers to Greece spend a lot of time exploring the islands, and less people explore mainland Greece. It depends on what you want to do, but for sight-seeing, I do recommend seeing the Greek mainland.

The topography of ancient religious places was a central part of my research, so I spent time exploring a lot of religious places near Athens, and also some places outside of Athens. Namely, Olympia, and Delphi. There was ancient place called Lebadeia, which was very important to my research, but the ancient structures are mostly buried today. However, the small village of Lebadeia is a very beautiful place. In the modern language, Lebadeia is called Livadia. It is located in Boiotia, which is my favourite region in my study of Ancient Greece.

I don’t know a lot about the ancient religious of South East Asia, but I know a little about Shinto. In my opinion, there are some resemblance between the Ancient Greek religions, and Shinto. In Ancient times, the Greeks saw spirits everywhere in nature. Trees, rivers, lakes and springs had spirits that represented them, and they imagined spirits everywhere in the countryside. Despite these beliefs, the Greeks were city people. The reason there were such strong beliefs in nature spirits seems to be located in the uncertainty of living in ancient times. The further a person travelled from the city, the more anxious they felt about something unfortunate befalling them. Such misfortunes could be explained by the presence of spirits or gods.

So, the Greeks constructed many shrines and temples. The biggest of these could be seen in the cities, but there were many located in the countryside, dedicated to local gods, goddesses, and spirits. 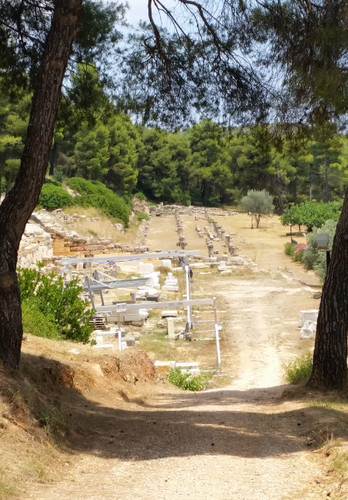 View into the ruins of the Temple of Amphiaraos

One of those gods was called Amphiaraos, and his shrine is located near a place called Oropos, which is on the coast north of Athens. His shrine is called the Amphiaraon. This was one of my favourite places to visit in Athens. Amphiaraos was actually a mortal hero who fought in the ancient war between Thebes and Argos. Just before he was about to be killed, the god Zeus took pity on him. The earth opened up beneath Amphiaraos, and swallowed him alive. In this way he became what was called a daemon, a type of minor god.

Amphiaraos had a shrine near Thebes, where he was swallowed by the earth, but for political reasons, during ancient times, it was moved to it’s present location. The Amphiaraon is located on a mountain side, about 3 kilometres from Oropos. I walked along the mountain road to get there. While I walked there a snake crossed my path. I found this interesting, because snakes were sacred to Amphiaraos, and sometimes he took the shape of a snake. 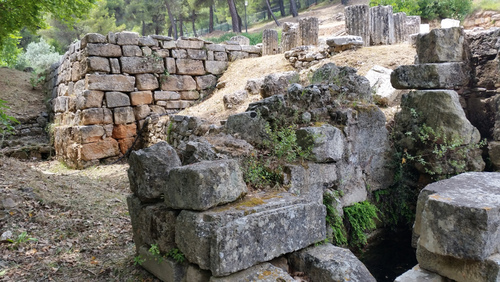 The Spring of Amphiaraos

When I visited the Amphiaron, there were no other tourists, which gave the place a very sacred feeling. Aside from the spring and the temple, there are ruins of many other buildings. There was an agora (which is an ancient marketplace), and a small theatre, although the stones are in disrepair. When I visited in 2015 there was work being undertaken to restore the place. Across the small stream next to the temple are many ruined buildings, which were probably administration buildings, and housing for priests and pilgrims. There is also the oldest preserved stone waterclock from the ancient world. 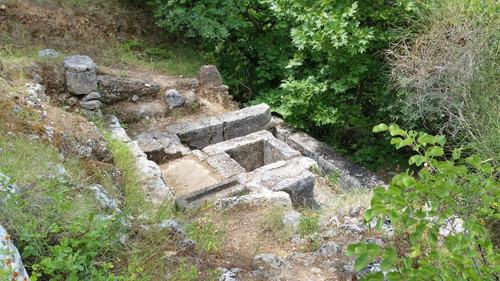 Aside from this, my trip to Greece was very interesting because at the time, the Greek people were voting on whether or not to leave the European Union. It was useful for me because public transport around Athens was free, but I could feel the stress felt by the Greek people. It was certainly strange seeing police armed with automatic weapons on every street corner in the city centre. During the third week of my stay, the Greek banks closed, and it became difficult for me to get money. Money was still accessible for tourists, but it was hard to find banks that would accept my card. There were protests in the streets every day, but none of them were dangerous. It was a very interesting experience, because friends and family in Australia were in contact with me, believing that things were very dangerous in Greece. In fact, there was never any danger. One night, a single grenade of tear gas was fired in front of a crowd of angry protestors, but there was no violence. It’s a testament to the power of the media to influence people’s thoughts. 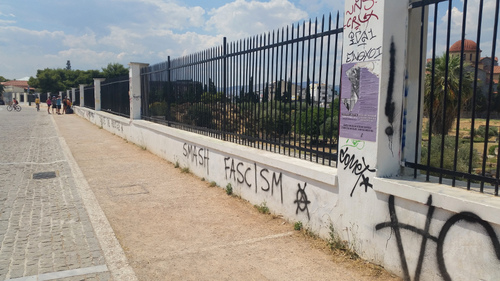 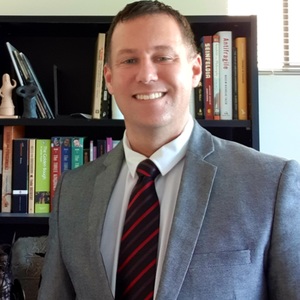