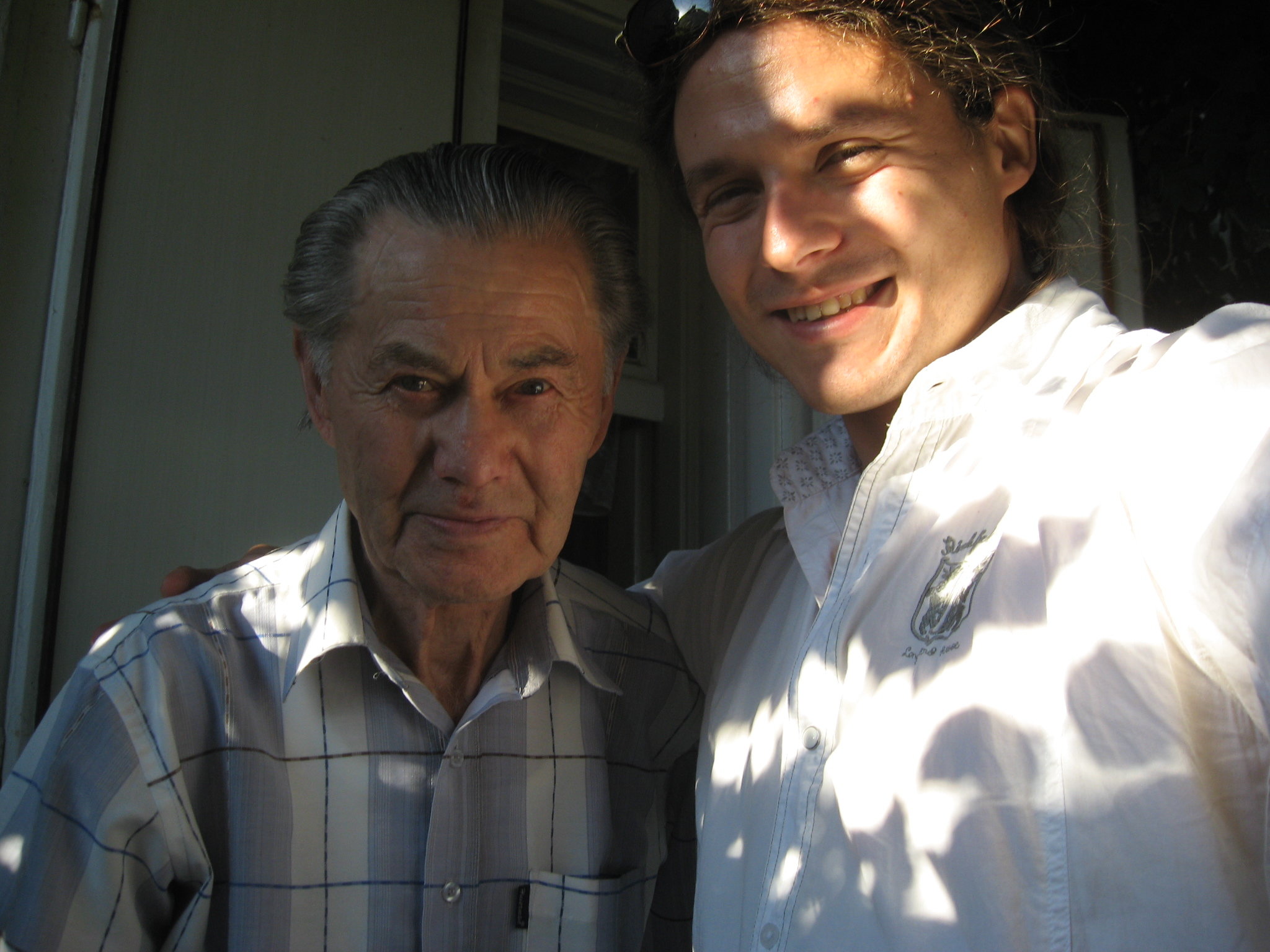 I never knew my grandparents on my father's side. His mother died just months after I was born. And his father passed away when I was around 5 years old. I remember him, but only vaguely, as a serious blind old man talking to me kindly and giving me sweets, and then discussing the news with my mother.
With my grandparents on my mother's side I had a closer relationship. They inspire me in many ways. They lived through hard times when they were young, yet, they still raised my mom and uncle well, built up a successful business and lived a busy, cheerful life.
When I was small I loved visiting them because my grandmother, Elisabeth (Erzsébet in Hungarian) made the most fantastic briosch, poppy seed loaves, and roast-cabbage strudel. I could eat a whole plate and still wish for more.
My gran finished school at 16, after the second year of high school. Still, she was a voracious reader. I never saw her without a book. She read the Greats, the big Russian writers like Tolstoy, Dostoyevsky, all the French enlightenment and modern writers, and a good deal of German, Italian, British, American, and even some Japanese literature (in translation of course), besides the Hungarian writers' work.
My grandfather was for me the model of sensibility. He always worked hard to help his local community. He advised the local governor and mayor, he helped many people to start their own business, he was the head of the local hunting society for many years and of the football club in their village. He was also a peaceful activist in the 1956 failed revolution attempt against the Soviet occupation of Hungary. By taking a nonviolent line of protest and disobience instead of fighting, and by calming people down he managed to spare his community from the harshest retailiation of the Hungarian secret police and saved the lives of many.
He was also a very intelligent man and up to his death five years ago - he was 93 at the time - he enjoyed discussing politics, business, public life, and hearing about my experiences abroad.
His conduct and general goodwill, his resolve to always look for a constructive solution to problems, is what often inspires me and helps to go on in this strange, conflict-ridden world.
Tweet