Can a madman be understood? - Re-reading Mishima's 'Kinkakuji' 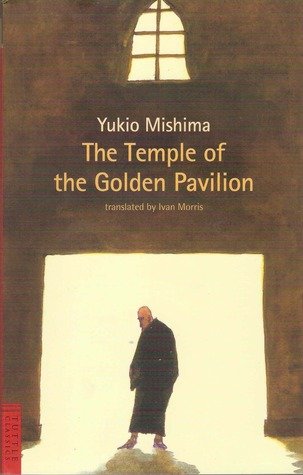 I liked this book, despite the fact that I wasn't always in the mood for it, and read it slowly.

For those of you who don't want spoilers, don't read this review.

I also made a video where I explain some of my ideas on the book. Check it out if you have time

One can praise the language, the sophisticated and intricate psychological depictions, and the precision of language as well as the fast and effective world-building - how Mishima can evoke places and their atmosphere and make the read feel as an onlooker right then and there - but that only goes so far. Most of Mishima's works are excellent in these regards, and hence the unique features of this book would not be served justice.

So, what about the goal of the book? What is this book about?

Mishima took a real life event as the basis of his plot: in 1950 a young mentally ill Buddhist acolyte set fire on the historical, unique and beautiful Temple of the Golden Pavilion (Kinkaku-ji). He served a few years in prison, not many on account of his sever mental issues, and died soon after he was released, at a young age from illness. Mishima visited the acolyte in prison and they talked.

So, what did Mishima do in the book with this material? What is the literary undertaking that makes this more valuable than a simple documentary account of reconstruction of the events?

Well, Mishima's goal is complex but at the same time fascinating. He tries to answer the following question:

Can we understand a seriously mentally ill person?

Can we tune-in to the feelings of this young acolyte and come to the same practical conclusion as he did, that the right decision is to burn down the Temple?

Can we go beyond mere feeling for him or feeling with him, and actually think that this was the right choice, that it made sense?

The answer that Mishima 'gives' - Mishima really doesn't tell, just shows, so we need to make the inferences - is that we cannot. Mishima portrays from the first person perspective the troubles of a disturbed boy who stutters, feels excluded and discriminated - he is not particularly in reality -, and suffers deeply from the early death of his father. During his adolescence when encountering sexuality he suffers further humiliations when his obsessions with beauty and ugliness - originating in his concern with his stuttering - becomes mixed together with a memory of catching his mother cheating on his father with an uncle. In the end the protagonist proves impotent, incapable of enjoying even these fun and beautiful experiences that human closeness can provide, despite finding willing partners. This adds to his confusion and emotional chaos.

Mishima guides us through the many juvenile attempts of making sense of his emotions, moods and life with a firm hand, painting the pictures of the scenes with a fine brush.

He explores a number of possible influences that might have given the protagonist a further push down the road towards their mad act.

And this is both the source of the brilliance and the difficulty of the book. It is sometimes simply tiring or painful to read. Watching the main character go through their confused and conflated ideas, commit reasoning fallacies can elicit pity or empathy, but becomes tiring - just as it can become tiring to listen to an upset friend's or child's ramblings after a while - and gloomy.

And at that point we can draw the conclusion: we cannot arrive at the same conclusions as the main character. That is, we cannot understand a madman.

Mishima's undertaking is still striking and valuable. He made a genuine effort to try and help us imagine what the person ending up in this strange situation - destroying harmless, beautiful and valuable architecture - went through. He succeeds in bringing to life the acolyte and making us experience him, almost as if he would be standing close to us at some points in the story.

Perhaps interfering in the protagonist's life at a younger age could have changed things, but that would have had to have taken place years before their labyrinthine reasoning drove them to despair and destruction
Tweet