If I could go back to the past and take back what I did? Where should I start..?

每週主題: If you could go back in time, when would it be?

It's been a while since I wrote something here. Since the journal topic for this week is what if I could go back to the past and take back what I did, I thought I could share something about that with you. I know every one of you should have something that you regret doing or should have done in the past, so I expect to have some feedback from you once you read this through.

Well, it was more than a decade ago when I was in Sweden for my study abroad. The first day is always exciting especially if you are in a foreign country; I guess all of you agree on that, right? Well, my case was the same until I found my wallet stolen at the bus station where I was calling my parents to let them know that I had arrived safely and how excited I was then. Then, I remember two guys talking to me at the same time, which I though was a bit strange and out of sudden, but I was nice enough to answer them back. It was during the time when one of them was talking to me about the escalators in front of us (in Swedish, which I had no idea then) and the other guy took my wallet on the suitcase (yup, I put that there, I know, I'm stupid.) while I wasn't paying attention to the guy. It turned out that they were some sort of "gang members" who would just find "innocent" tourists/Asians/too nice person like me to pickpocket some of their belongings. I was so sad that I lost some yens in the wallet and some cash cards including my driver's license. However, strangely, they took the picture of my girlfriend (at that time) as well. I had to apologize to her for that of course, but, well, bad things happen, right?

So, if I could go back to the past and take back what I did? Oh, yeah, I'd be so ignoring those two foreign guys and putting my wallet all the way down in my suitcase, so my life in Sweden would have started a lot more happily.

I hope you enjoyed my story.
See you in my lesson 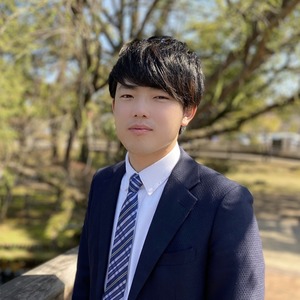