My blog on Various Acting Styles

Are you enjoying your New Year so far? I had a lovely time bringing in the New Year! I went to a delightful New Year’s party at a club/restaurant with about 20 friends! It was a peaceful, safe, and fun way to usher in the New Year 2018! Since I have been acting in American Television, film, commercials, infomercials, and live theatre for so many years in the Hollywood Entertainment Business, I would like to write a blog about how TV shows and films are produced and created from behind-the-scenes.

For example, the video I posted above is my performance from an “episodic” TV show called “T.J. Hooker.” This part was my very first TV part that I booked right after graduating from the UCLA in Theatre Arts. There’s an expression called “Catch 22” based on the classic book by Joseph Heller that is a metaphor. The practically impossible cycle is that you have to first join the Screen Actor’s Guild (SAG) and pay an initiation fee of approximately $1,000 to begin working in the entertainment industry. But the tricky part is in order to join the Screen Actor's Guild , you have to get an acting job first.

I became lucky and Paramount Studios cast me on a TV Show with William Shatner. I was fortunate that I fit the character description as T. J. Hooker’s possible daughter from the distant past when Hooker had a relationship with my mother in the story. So, I started out in show business with a guest-starring part on a popular episodic TV show with an extremely famous and accomplished actor. As you probably already know, William Shatner played the role of Captain Kirk on the classic TV Show “Star Trek” among many other films. It was a real pleasure working with him. Mr. Shatner gently taught me a lot about the on-camera techniques. Overall, I thought he is a very kind gentleman.

To be brief as possible, an “episodic” TV show is one that is shot with film using one camera. The “episodic” TV shows are usually one-hour long and it could be a drama or comedy. The director usually starts filming what is called a “Master Shot” which is essentially the establishing shot. A far away shot that includes the entire scene that establishes what is going on in the story. After we shoot the “Master Shot,” the director breaks it down to a one-shot for each character and these are called “Cover Shots.” A “Cover Shot” can film one character or two, in which case it is called a two-shot. The “Over-the-shoulder” shot is exactly as it sounds. The camera is filming an actor over his/her shoulder and focusing on the other actor who is on-camera. While each actor is getting their close-ups shot, it depends on how magnanimous the other actor is whether they will stand off camera to feed the other actor their lines when they are not on-screen. As a result, it requires all the actors to do the same scene over and over until everything is right, whether it’s your turn to be on-camera or not.

It takes approximately 10 days to shoot an episodic TV show.  All the exterior shots are shot outside establishing what city/location the story is set, and all the interior shots are shot inside a studio in Hollywood, Los Angeles. There are various studios like ABC, CBS, NBC, Paramount, Universal, 20th Century Fox, Sunset/Gower, Mary Tyler Moore (MTM), MGM, etc. all around Burbank and Los Angeles. I’ve worked at every single one of these studios. The greatest day of my acting career was when I booked two TV guest-starring roles in two TV shows, “Seinfeld” and “Designing Women.”

“Seinfeld” and “Designing Women” are called “Situation Comedies” (Sit-coms). These shows are rehearsed and shot in a very different way. For Sit-coms, the entire cast (including the regulars and guest-star actors together) has rehearsals for a week from Monday to Friday, and they shoot at least two shows (back-to-back) on Friday in front of live audiences. So, the shows are performed all the way through like a live play or theatre without stopping.

During the rehearsal process through the week, there is a run-through of the original script where the producers, writers, and network people come to watch. So, depending on how the performance of the show goes that day, the script will change. The producers and key people have a meeting after each run-through and the script will change accordingly by the following morning.  It is a real challenge because the actor’s part will either expand or shrink (if not eliminated) in direct proportion to how well they make the laugh lines written on the script work and come to life. If the actor’s joke fails on its face, for example, they will most likely get cut out the next day and replaced with another potential joke that someone else will make work.

Another rather unfair reality of working on a sit-com in front of a live audience is that not only is it stressful since you can’t make any mistakes all the way through the show, you have to be perfect. For example, if the star of the sit-com happens to make a mistake, the audience finds it hilariously funny (ie: Bloopers). On the other hand, if the guest-star makes a mistake the show comes to a screeching and humiliating halt. Faux-pas are not something you want to do if you’re a character actor which is their job to facilitate the plot and set up jokes for the stars. Out of my over 50 TV credits, about half of my work is on sit-coms. Fortunately, I have not made any mistakes and held up any shows. When you get through the show successfully with the other cast members all the way through, it is an indescribable exhilarating feeling!

Soap operas have the very demanding and stressful shooting schedule. Essentially, the production company has to crank out a one-hour show every day. They don’t have a hiatus period, so they work throughout the year. The lead characters have pages and pages of dialog to memorize every day depending on the storyline. The actors have one-time to rehearse the scene if they are lucky before they actually shoot. The actors are not the only ones who are under tremendous pressure every day. The writers, costume designers, director, cameraman, lighting designer, and others all have to be familiar with the daily scripts and contribute to the hour-show as fast as they can.

The condensed and limited time gives soap operas a bad reputation except for avid fans that watch it daily, of course. For example, critics complain about the lack of character development, the plot bordering on the absurd, the constrained quality of the acting and the flimsy production values. In my opinion, the people who work on soap operas are doing the best they can with the limited time that they have in one day.

I hope you found the above descriptions shed some light on the entertainment business that you didn’t already know. Also, I hope you found it to be interesting reading material in English. If you have any questions or comments, please feel free to let me know. Also, I would appreciate it if you can check out my Cafetalk Profile with my lessons. If you would like to learn more about the acting business we can talk about the that or any other topic that you prefer. I look forward to meeting you! 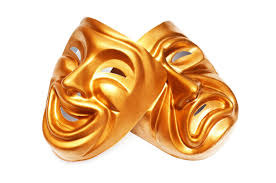 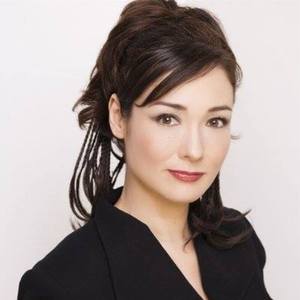