Welcome to the first in a series of English Grammar columns I will be publishing on Cafetalk. Today we will learn all about the Plural Forms of Nouns.

The plural of many nouns is formed by simply adding “-s” to the end of the word. But there are many different rules regarding pluralization depending on what letter a noun ends in. There are also a number of irregular nouns that do not follow plural noun rules, so they must be learned and memorized. Let’s have a look at these rules and irregular cases in more detail.

Keep in mind also that some nouns do not take a plural form. They are known as noncountable nouns or non-count nouns. They are often things we would measure by weight or volume such as rice, sand or water. I will discuss more about these types of nouns in a future column.
1. To make most regular nouns plural, simply add -s.
song – songs
dog – dogs
snake - snakes
2. If a noun ends in -s, -sh, -ch, -x or -z, add -es.
bus - buses
marsh – marshes
lunch – lunches
box – boxes
blitz – blitzes
3. If a noun ends in -y and
a. the preceding letter is a consonant, change the y to i and add -es.
baby – babies
city – cities
b. the preceding letter is a vowel, simply add s.
boy – boys
key – keys
4. If a noun ends in -o, usually we add -es but there are some exceptions.
potato – potatoes
hero = heroes
Exception 1: for some nouns that end in -o simply add -s.
photo – photos
piano – pianos
studio -studios
Exception 2: for a few nouns that end in -o we can ether add -es or -s.
volcano – volcanoes or volcanos
mosquito – mosquitoes or mosquitos
5. If a noun ends in -f or -fe, usually we change f or fe to ve and add -s, but there are some exceptions.
shelf - shelves
knife – knives
Exception: for some nouns that end in -f or -fe we simply add -s.
roof -roofs
cliff - cliffs
belief – beliefs
chief – chiefs
6. Some nouns have irregular plural forms.
man -men
woman - women
child – children
foot – feet
goose – geese
tooth – teeth
mouse – mice
7. The plural form of some nouns is the same as the singular form.
sheep – sheep
series – series
fish – fish
deer – deer
species – species
8. For compound nouns the plural is usually added to the main noun.
son-in-law - sons-in-law
passer-by - passers-by
head of state – heads of state
9. Borrowed / Foreign Words: Some nouns that have been borrowed from foreign languages such as French, Latin, Greek etc have slightly unusual rules of pluralization. There is also some debate, even amongst linguists about the correct plural forms of these foreign words. So, these should be considered more as generalizations rather than strict rules.
a. For borrowed nouns that end in -us we frequently change to -i.
cactus – cacti
b. For borrowed nouns that end in -is we frequently change to -es.
analysis – analyses
hypothesis – hypotheses
c. For borrowed nouns that end in -on we frequently change to -a.
phenomenon – phenomena
criterion – criteria
d. For borrowed nouns that end in -a we frequently change to -ae.
vertebra -vertebrae
larva - larvae
e. For borrowed nouns that end in -um we frequently change to -a.
bacterium - bacteria
memorandum - memoranda
This is the first of many columns on English Grammar I will be publishing here on Cafetalk in the near future. Feel free to contact me at any time to discuss your English language needs. I teach not only English Grammar but also Business English, English Conversation, Listening and Reading skills, Vocabulary, Preparation for English Tests such as IELTs and can also tailor lessons specifically to your individual needs. I also offer a free introductory consultation to all prospective students, so please get in touch and let me help you achieve your goals in English language learning.
Tweet 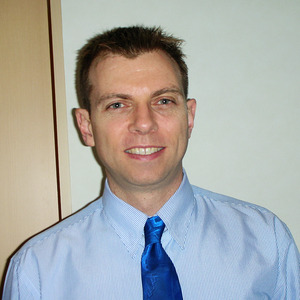