Weekly Topic: I want to buy these shoes next!

If you don't know already, these are Converse Chuck Taylor All Stars. Classic Chucks.

These are my all-time favourite shoes. Its simple and classic design puts a nice touch on any look. There's practically no outfit they don't go well with...ok, maybe they wouldn't look as great paired with a cocktail dress, but whether I want to go full-on casual or a little more put together, these shoes tie it all in for me.

Not only do they look great, but these bad boys can really take a beating before they need to be retired. Mine lasted a good 7 years, even when I wore them nearly every day. And two of those years were spent walking to and from work in Northern Canada, where there were no roads—just gravel and rocks everywhere!

They finally gave up the ghost while I was in the Philippines. They were already a couple of years old when I brought them there, and I think the heat finally did them in.  They had faded, and the soles started cracking. Sigh, so sad. But they had a good run, and people often remarked on how cool they looked.

All said, these shoes are a must-have basic wardrobe item for me, so I'll be replacing them with another pair. In fact, I just placed an order on a new pair in the middle of writing this column. This time, I opted for a light *grey sneaker version—the Converse All Star *Gray Madison Sneakers. Hopefully, they'll hold their own against the bleaching rays of the sun. 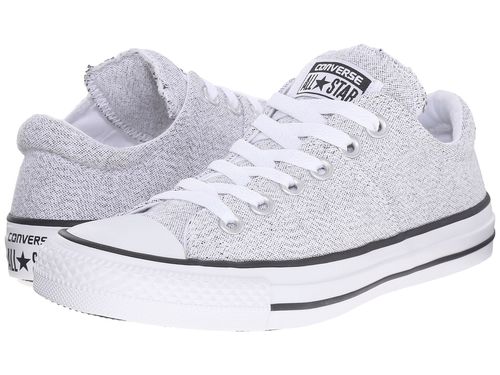 1. staple: a main or important element of something; especially of a diet.
"A staple in any Asian household is rice."

2. full-on: completely; totally; all the way; at full power or capacity
"I heard Steve went full-on crazy and glued all the doors and cabinets in his house shut."

3. put together: stylish
"He looked put together in his new suit. I usually see him in sweats and an old t-shirt."

4. bad boys: a thing that is considered extremely impressive or effective
"I just got a new power drill. Check this bad boy out."

5. to take a beating: to suffer damage, hurt or defeat
"The team lost 10-0. They're usually not that great, but they really took a beating today."

6. to give up the ghost: to die
"Old Man Wilkins took a serious fall and finally gave up the ghost after several days in the hospital."

7. did in/do in: to bring about the defeat or destruction/murder of someone, a) similar to "take out", b) often used in slang meaning to make someone really tired.
"He did her in for the insurance money."
"That second slice of cake really did me in for the evening. All I could think about after dinner was going home so I could sleep."

8. a good run: something that went well, or better than expected, but is over now.
"My restaurant business had a good run, but the pandemic finally put an end to it."

9. to hold their own/to hold one's own: to maintain one's position or condition despite facing difficulties or challenges.
"She held her own during a political debate in a room full of seasoned politicians."


If you'd like to do my homework challenge, please see Mini Grammar Lesson in my lesson list.

Use the phrases from the list above to write your own sentences. I'll check for grammar and correct usage.


Me in my trusty Chucks with Dani and a very buff shark: 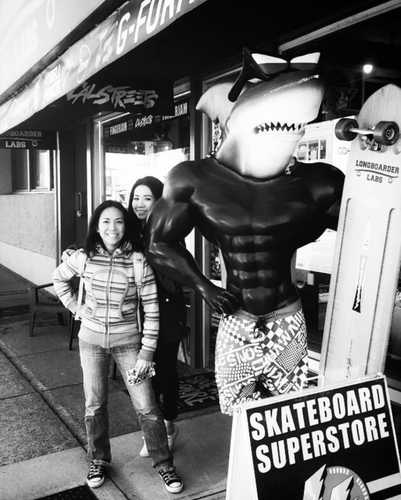 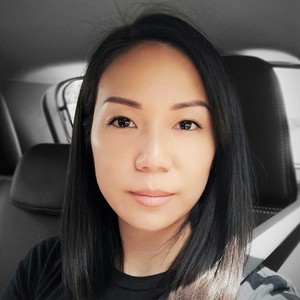