Readings on culture and science: Mary Midgley's 'Science and Poetry' 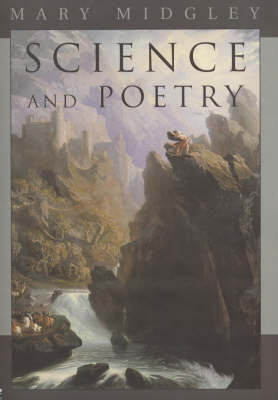 I recently finished a book by Mary Midgley, a British philosopher, who died at the age of 99 a few years ago. Midgley was educated at Oxford and worked as a philosopher at Newcastle University.
She was a passionate advocate of science, especially of ethology and the biological sciences, and of a good balance of culture, morality and technology in education.
In her book 'Science and Poetry' Midgley gives an interesting tour of the many facets of science's and poetry's complicated relation. She argues that poetry has many functions, among them to inspire people and orient them in the world. Poetry can provide emotionally moving, imaginative and inspiring ideas about how to live and move into the future. In this respect it is similar to other ventures grasping imagination and feeling, for example to religion, but it does not have the same dubious institutional surrounding.
Midgley also describes well a worry, that many science popularisers (who are often not scientists) try to move into the ideological space left open by the shrinking of religion. They try to offer simplicistic and quite primitive ideas on how to live and how to organise society, based on crude analogies with how certain parts of nature work. This is of course not science, it is morality, politics, and culture, but not very good quality and sophisticated culture. It is closer to some of the primitive ideologies advocated by businesses that only care about profits, or by priests who emphasise obedience to a god above all else. As such, they are unfit for fair, just, and compassionate societies. What we need is not a replacement for religion, but a different, more pluralistic and detailed view of the world. Midgley makes clear that this is not against science; it is against those who want to use science as a cover to advocate their own ideologies and personal views as scientific, like social darwinists do for example.
'Science and Poetry' is a well written, clear, and timely book. The kind of fetishisation of technology and science that Midgley describes is very much with us, and it is partly what politicians and large companies use to justify owning our personal data, and skewing the economy in favor of big tech companies and GDP growth at the expense of social safety nets, healthcare and education. We are being cut off from our cultural and intellectual sources, which is a bond that each generation has to build up and renew. As a result, we become even more vulnerable to marketing, propaganda, and advertisements.
If you are interested in contemporary issues around public thinking and the relations of society, politics, science and culture, this is a nice book to read.
Tweet