Why I Love Learning Languages

One of the reasons I decided to teach English is because I love learning languages and I want to share this experience with others. Learning a new language can be fun and exciting, especially at the beginning. However, it can be a long, grueling task to stay committed to learning a language, especially if you're having difficulty learning it or if you're busy with work and school. I've had these same difficulties while learning Spanish and Japanese, yet I have grown to love learning these languages.

As I've continued studying these languages, they have open new doors for me that I never knew existed. Learning about different cultures naturally comes with learning new languages. Learning about different cultures, like learning a language, is an enriching experience. It opens your mind to new ideas and stimulates your curiosity of its elements, such as a country's history, traditions, ect. I have had this experience firsthand living in Mexico for the past year and I hope to have the same opportunity to live this experience in Japan as well.

Another reason why I love learning languages is that it breaks down communication barriers that were previously closed. I grew up in California, where nearly half of the population speaks a language other than English, most of whom, are Spanish speaking immigrants from Mexico, El Salvador, and Guatemala. Some Americans don't like it when they see people on the streets not speaking English and expect everyone to be fluent in English as if it were an easy language to learn. I've never personally thought of it that way. While speaking the language is an essential part of living in a foreign country, it is not an easy process especially if you're not immersed in the environment. Personally, it made me curious what it would be like to be able to communicate with other people in their language. As I see it, it's unfair to judge a person by their language ability when they can be good people. I believe this is a benefit of learning languages, you can communicate with more people and make friends from around the world. Learning Spanish and the little Japanese I know has helped me to meet and make friends from several different countries. Ironically, at the Spanish language school that I study at in Mexico City, I often have to speak Spanish to be able to communicate with some of the other students who don't speak English very well, but that's ok. They're good people and I would never have the opportunity to speak with them if we both weren't trying to learn a new language.

Another reason why I love learning languages is that I get to immerse myself in the entertainment industry of that language. My country has the largest movie and music industries in the world, but there's still a lot of interesting and entertaining stuff to enjoy from other parts of the world. One of the reasons why I started to study Japanese was that I became interested in Jdramas and Jpop. I found it very entertaining and it motivated me to learn Japanese. Likewise, while studying Spanish, I have enjoyed listening to Latin Pop and occasionally watching Mexican movies. When you become intrested in a language (or interested in a culture or even an entertainment industry), it sparks your interest to learn everything about it. That is why I enjoy learning languages and to a broader extent, learning about different cultures as well as foreign music and languages. 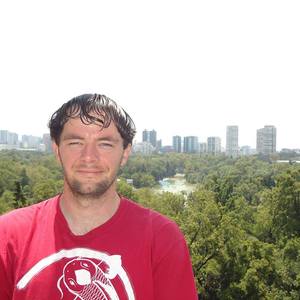