International Justice: When and how much are we bound to help? 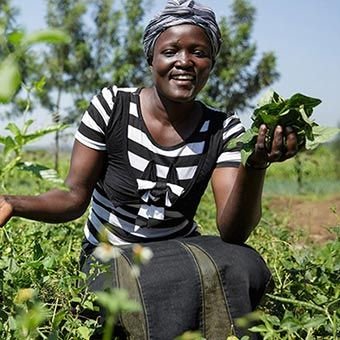 There are many people in the world living on much less than we do in middle income and high income countries. In some regions, like the Central African Republic, most people live on a few dollars a day (a few hundred yen), and struggle to get access to basic necessities like water, food, and medication.
In a famous article the Australian professor Peter Singer advanced the argument that if the happiness (the good) we can bring about by donating a few dollars outweighs the happiness that same money can buy for us, then it is not simply a nice thing to donate that money for a good cause, it is a moral duty.
Melinda and Bill Gates, among many others, were moved by these ideas and arguments to donate the larger part of their fortune to charitable causes. This resulted in benefits - happiness - for large numbers of people. For example the development of the commercially viable and easy to transport malaria drug that their foundation helped sponsor has saved the life of countless people in low-income countries.
You can watch this TED talk by Singer where he argues this point with some very illustrative examples.
https://www.youtube.com/watch?v=Diuv3XZQXyc&feature=emb_logo
What do you think about this issue?
Where do the boundaries of our duty to help lie? Do we always have to put the greatest good forward? Or is it OK to sometimes look at our own momentary pleasure? Do we also have alternative duties, to our family and our local community for example?
This page gives a nice overview of Singer's argument, and also some counterarguments, which show some of the potential problems with Singer's position.
Let me know if you have some ideas on this and other similar topics! I'd be more than happy to hear what you think.
Tweet