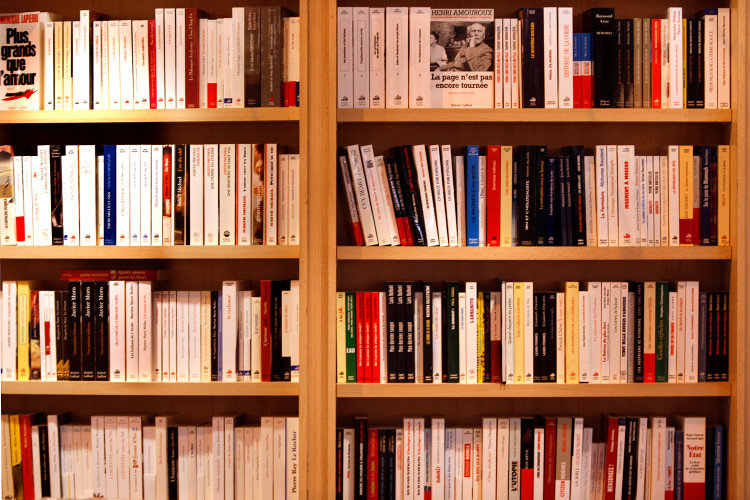 Well, So far 2020 has been an interesting year! One of the things I have gotten back into is reading. Mostly, not in the conventional way, but by listening to audiobooks. This way I am more able to multi-task my time. Which has become more nessesary since moving to Japan.

So, I wanted to share with you my favourite books so far that I have read: ( I will be adding  some of these books to my book club class for those of you interested in studying them together) 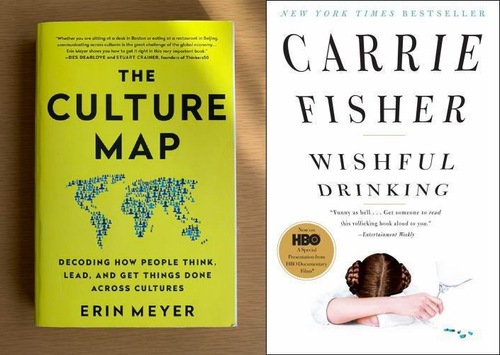 THE CULTURE MAP : this book was eye opening for me and has helped me to understand communication with those of other countries and cultures. I highly recommend this book if you`re a business person who deals with people from many cultures.

The Culture Map provides a framework for handling intercultural differences in business and illustrates how different cultures perceive the world. It helps us understand these differences, and in doing so improves our ability to react to certain behaviors that might have once seemed strange.

WISHFUL DRINKING :  This book is written by Carrie Fisher AKA princess Leia from the Star Wars series.  This book is vulgar at times and holds nothing back.  You really feel like you`re getting to know her at a personal level. This book was also originally a live one woman show, and later done as an HBO special.

From stardom to divorce, re-marriage to the death of a close friend, addiction to mental illness, Fisher recounts her peaks and valleys with unfailing candor and biting humor, referring to celebrity as just “obscurity biding its time.” 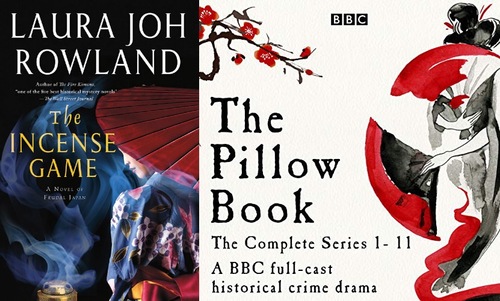 THE INCENSE GAME : This is a historical fiction novel based in Japan. Winner of RT Magazine's Reviewers' Choice Award for Best Historical MysteryIn the wake of a terrifying earthquake, Sano Ichiro races to solve a crime that could bring down the shogun's regime.When a massive earthquake devastates Japan in 1703, even the shogun's carefully regulated court is left teetering on the brink of chaos. This is no time for a murder investigation except when a nobleman's daughters are found dead from incense poisoning and their father threatens to topple the regime unless Sano Ichiro tracks down the killer.As Sano and his wife strive to solve the case in a world that is crumbling around them, Laura Joh Rowland author of one of the "five best historical mystery novels" "(The Wall Street Journal) "brings us her most powerful and evocative thriller set in Feudal Japan yet, "The Incense Game.""

THE PILLOW BOOK: Now, this is a historical novel much like a diary full of stories, poetry and lists. I have read the novel which I very much enjoyed and had a good laugh at, as well I enjoyed the Audio dramatization by BBC which took aspects of the novel and explanded on them making it into a historical fiction based off the novel.

BOOK: Written by the court gentlewoman Sei Shonagon, ostensibly for her own amusement, The Pillow Book offers a fascinating exploration of life among the nobility at the height of the Heian period, describing the exquisite pleasures of a confined world in which poetry, love, fashion, and whim dominated, while harsh reality was kept firmly at a distance. Moving elegantly across a wide range of themes including nature, society, and her own flirtations, Sei Shonagon provides a witty and intimate window on a woman's life at court in classical Japan

BBC AUDIO DRAMA: A thriller and love story set in 10th-century Japan. Lady Shonagon is an imperial courtesan, living at the court of the Japanese Emperor in the 10th century. When a series of disturbing thefts within the palace walls throws the court into confusion and unrest, Shonagon is appointed guide and assistant to Lieutenant Yukinari as he investigates. Together, Shonagon and Yukinari must solve the mysteries and escalating crimes that plague the Japanese court, and their romance blossoms in the tightly enclosed world behind the high palace walls. But soon Shonagon's lover Tadanobu becomes uncomfortable with how closely they are working together.... 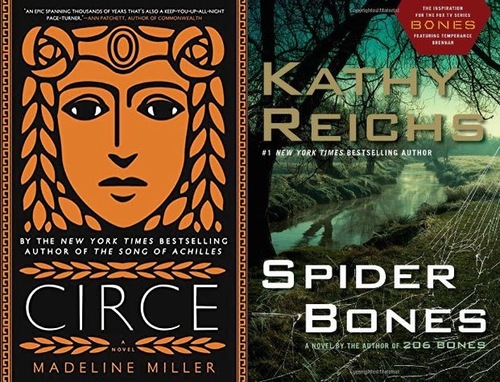 CIRCE: I absolutely loved this book! I couldn`t stop reading it! So much so I now want to read other novels by the same author. This book is based on the mythical Greek Gods and Godesses. This book brings such a strength to women as well.

In the house of Helios, god of the sun and mightiest of the Titans, a daughter is born. But Circe is a strange child—not powerful, like her father, nor viciously alluring like her mother. Turning to the world of mortals for companionship, she discovers that she does possess power—the power of witchcraft, which can transform rivals into monsters and menace the gods themselves.

SPIDER BONES: This is fiction but based on the life of the author who is a female forenstic science for solving crimes in real life over the world and in USA and Canada. Kathy Reichs—#1 New York Times bestselling author and producer of the FOX television hit Bones—returns with the thirteenth riveting novel featuring forensic anthropologist Dr. Temperance Brennan.

John Lowery was declared dead in 1968—the victim of a Huey crash in Vietnam, his body buried long ago in North Carolina. Four decades later, Temperance Brennan is called to the scene of a drowning in Hemmingford, Quebec. The victim appears to have died while in the midst of a bizarre sexual practice. The corpse is later identified as John Lowery. But how could Lowery have died twice, and how did an American soldier end up in Canada?

I will be updating my book club class soon to include some of these books, but of course you can always request to do any of these books too. I would classify these books as well for the Advanced English Learner. 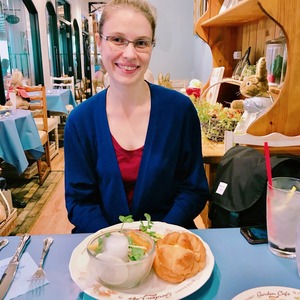