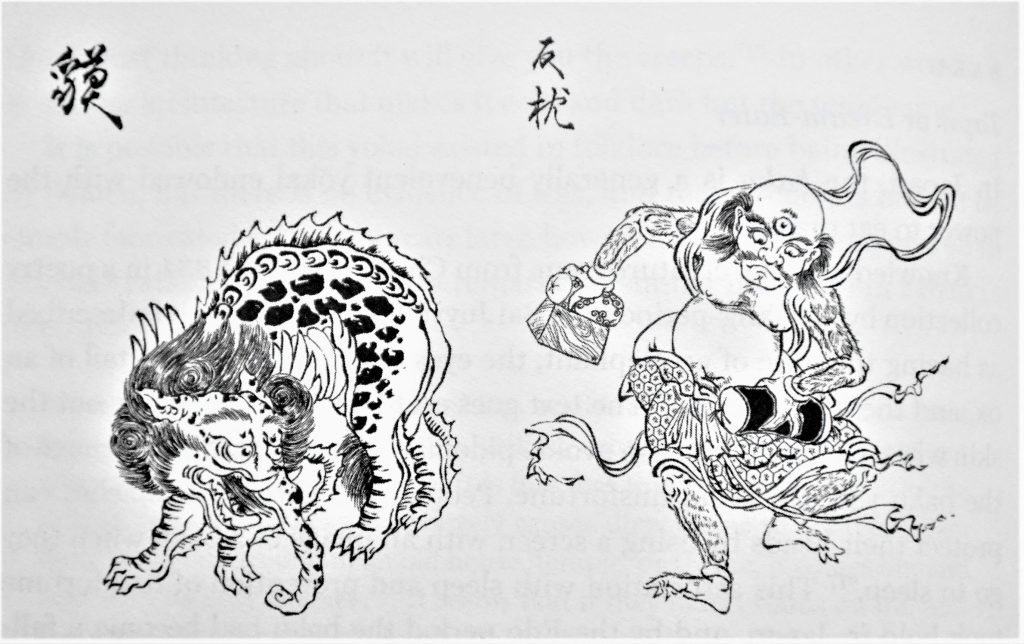 Image: Baku and Makura-Gaeshi by Japanese artist Shinonome Kijin (in The Book of Yōkai)

I recently received a book called The Book of Yōkai as a gift, so I’ve had myths and monsters on my mind for the past couple of weeks. It’s been interesting to read about the origins and evolutions of these creatures and how they have reflected the fears of society and the mysteries of life throughout the long history of Japan, and it has also exposed me to the idea of 半信半疑.

I’ve also had a chance to talk to students from both Japan and Brazil recently about some of their local legends and mysterious creatures, such as Namahage and Nurikabe from Japan and Saci Pererê (a one-legged boy who smokes a pipe) and Boto Cor de Rosa (a pink dolphin that transforms into a man) from Brazil. Canada, by comparison, has far fewer myths and monsters, but we do have something called the Wendigo.

The Wendigo is a kind of evil spirit or monster from the folklore of the First Nations people of North America. There are many different stories and images of it, but the common features are that it is always hungry for human flesh and it is a creature of the cold, harsh winter. It is also associated with famine and starvation, which were common in remote Northern communities in the past. It was also said that humans could transform into a Wendigo if they were too greedy or ate another person, so in the past, some people were actually believed to be Wendigos!


Whether you like myths and monsters or not, it’s interesting to learn about their origins and why different monsters appear in different countries. Humans aren’t comfortable with the unknown, so we create monsters to explain the things that we don’t understand. Because of this, monsters are an interesting reflection of human society and culture. And even though most people don’t really believe in monsters, they don’t want to let go of them completely, either. We’re happy to live with them in a state of 半信半疑.
Tweet