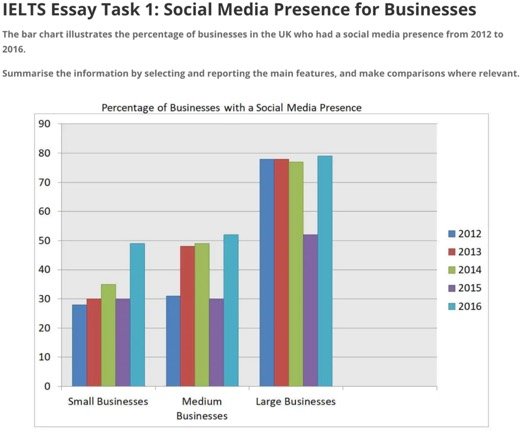 So who is taking their IELTS exam soon? If you are struggling to study academic writing task 1 and 2 essays, stop worrying and keep an eye on my Tutor's Column, because over the next few weeks and months, I'll be posting some sample questions and answers. Of course if you would like some 50 minute tuition classes to ensure you get the score you need and deserve, then please check out my lesson choices for IELTS. Happy reading! And if you have any comments or questions then please drop me a comment below or a message. 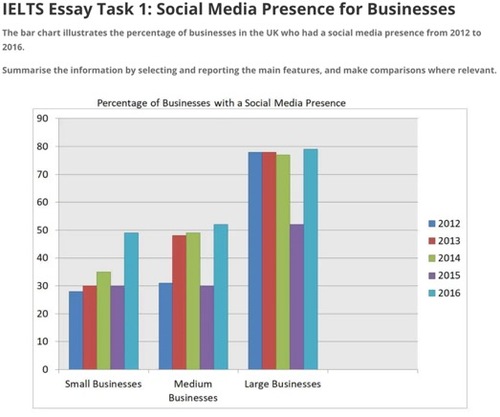 The bar graph displays data concerning the social media presence of small, medium, and large businesses in the UK between 2012 and 2016. Looking from an overall perspective, it is readily apparent that figures for all types of businesses grew, although there was a widespread and significant pullback in 2015. Large businesses increased the least, yet had by far the greatest presence each individual year.

The proportions for large businesses were more than double small and medium enterprises to begin the period (78%). This figure largely plateaued until 2015 when it fell to its nadir of at 51%, preceding a final recovery to 79% in 2016. 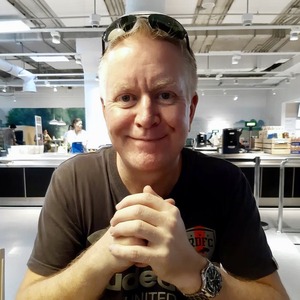