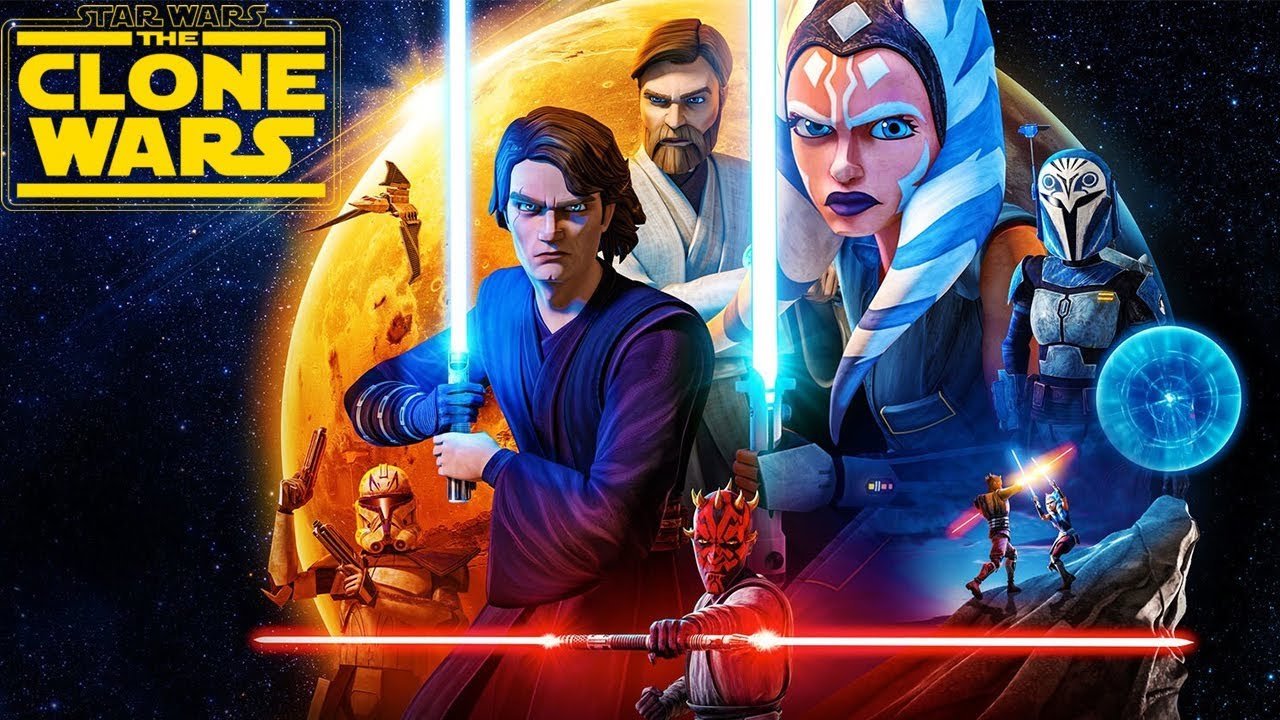 Disney continues to expand the (huge and very profitable) Star Wars universe, and recent series such as The Mandalorian, The Book of Boba Fett, and Obi-Wan Kenobi have kept audiences hungry for more Star Wars backstories that explain the origins and the fates of beloved characters. Right now, everyone seems quite hyped for the upcoming series titled Andor, which begins streaming on Disney+ on August 31st, but in the meantime, I’ve finally gotten around to watching the animated series called The Clone Wars, which was released back in 2008 and finally ended with the 7th season in 2020.


To be honest, I had avoided watching The Clone Wars for a long time because I was not very impressed with the simplistic 3D animation in the early seasons and I assumed it was just for kids. After watching a few seasons, I can say that while it is fairly simple and “family-friendly”, especially compared the grittiness of a film like Rogue One or the upcoming Andor series, it does do a good job of filling in a lot of missing information, like showing how Anakin Skywalker slowly turned to the dark side or adding a sense of humanity to the clone troopers who are mostly nameless, expendable soldiers in the movies.


Something that I have realized while watching the series is that we’re able to accept some fairly ridiculous situations in animated series that we would never accept in live action series, even when they feature the same characters in the same universe. The Clone Wars is certainly not for everyone, and adult Star Wars fans may find it a bit silly, but it can help to put together some pieces of the Star Wars universe puzzle, like understanding who Ahsoka Tano is before the Ahsoka series is released in 2023. However, if you do decide to watch it, get ready for a long ride. The episodes are short, but there are a lot of them!
Tweet