There’s an old British custom never to talk about money in social situations. According to the rules of social etiquette, discussing how much you earn or how much you paid for something is vulgar and bad manners. Thus, in the workplace, salaries are kept a closely guarded secret from colleagues in order to avoid the supposed upset it would cause if everyone’s remuneration was revealed. He earns how much?!

With such an air of secrecy, it’s no surprise that English language students sometimes struggle to use the correct forms when talking about money. To do this in English we have to learn the particular rules that govern small and large numbers, national currencies and the use of fractions.

Let’s start by looking at a pretty large number. Any idea how to say it?

Numbers like this can be pretty intimidating, right? They’re just so big. But fear not. Let’s try starting with something a little smaller. How about this:

This is surely a lot easier: six hundred and thirty-five. Most learners would have no problem reading out a three digit number like this. Well, if that’s the case for you, then you’ll have no problem with much larger numbers as well.

Note: British English differs slightly from American English here. Americans often do not include the “and” before the tens, such that they would read this number as six hundred, thirty-five. For the remainder of this article, we’re going to be focusing on British English.

Let’s return to the worryingly large number we introduced at the start. Despite its size, we actually use the same system of reading out a three digit number as we do a twelve digit number. We simply read out the three digits, but then add the value amount immediately afterwards. This value amount (billion, million, thousand) is always in the singular form, not the plural (billion not billions). For the final three digits, there is no value amount needed.

Take a look at this table below:

Practice using these large numbers below. Read them out loud or write them down (in words) to practice the structure. It may help you to draw your own large number table like the one above.

Take a look at that final number again. It is slightly different from the other large numbers in that it features two sections with zero amounts. How would we say this?

Let's start by adding the various numbers into a large number table like we’ve done before.

You may have noticed something a bit different here. If we analyse the structure, we can see that the billions (nine hundred and nine billion) is read as normal. We then have the amount in millions with zero hundreds (eleven million) and the amount in thousands (eight hundred and thirty-seven thousand), before we end with twelve preceded by zero hundreds. However, for this last amount we need to add “and” before we read out the final number. It’s a common mistake among English language learners to forget this final “and” when reading large numbers that end with no hundreds.

Take a look at these examples below:

Let’s combine our large numbers with some common currencies. There are two different ways to do this depending on how we’re using the amount in the sentence.

Amounts as a noun

This couldn’t be simpler. We read out the amount (using the system we learnt above) and add the plural form of the currency immediately afterwards. For example:

However, sometimes we may wish to use an amount of money to describe a noun. For example, to describe a car or house by saying how much it is worth. In this case, we say the numbers exactly the same as we learnt above, but we use the singular form of the currency. For example:

Often when talking about money, we might find numbers read in a different format entirely. In this method, we use halves and quarters to describe numbers bigger than 250,000. We can either use this technique to talk about the exact value of numbers if they end in zeros or we can use it to “round-up” numbers. This last one means that we assign a rough value to them because we may not need an exact number at that moment. For example:

The same rule here applies to using these amounts as an adjective to describe a noun. In other words, the currency takes a singular form instead of a plural form in these circumstances:

We can use these two techniques to talk about fractions of millions, billions and higher, but not about fractions of hundreds or thousands. For example, we do not say half a hundred orthree quarters of a thousand when talking about the numbers 50 or 750.

Perhaps you’re familiar with talking about incredibly large amounts of money. If so, lucky you! However, most of us are a lot more accustomed to dealing with values significantly smaller. So how do we do that?

Let's take a look at some much smaller amounts and how we would read these out loud. Just like above, we’re going to focus on three different currencies. The dollar and euro both use cents as a subunit, while the British pound uses pence.

As you can see, there are two different ways to read out each value. The first contains both the currency and the subunit (cents or pence), while the second contains neither.

Now it’s your turn. Take a look at these amounts and read them aloud: 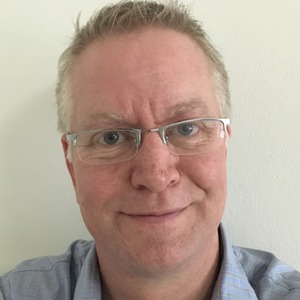