The 12 Gods of Ancient Greece

The 12 Gods of Ancient Greece

Greece is the birthplace of Western civilization. This country, which happens to be my birthplace, has a lot to be proud of. Developing the first of many modern services and notions still in use today – democracy, parliaments, baths, philosophy, drainage etc. – the ancient Greeks looked to their gods for inspiration, protection and many times, assistance. Let’s take a closer look at the 12 Olympian Gods and Goddesses:

1. Zeus, King of the gods and the god of Thunder: He was father of men. Zeus ruled over the skies and rain. Zeus was noted for his chronic infidelity to his sister-wife, Hera, and his unstable love life. One of his love affairs was with Helen of Troy, in Asia Minor. His Roman name was Jupiter.

2. Hera, Queen of the gods and the goddess of marriage and family: Hera was both sister and wife to Zeus. Though she is often depicted as reserved and austere, she was mercilessly vengeful and unforgiving when it came to her husband’s many extramarital affairs. Her Roman name was Juno.

3. Poseidon, God of  Sea: The god of the Sea, Poseidon was a tempestuous character, powerful and full of energy. He was also the god of horses and of earthquakes. Many of his temples were inland. His Roman name was Neptune.

4. Hermes, god of Transitions: A son of Zeus, Hermes’ ability to transition between the living and divine was said to give him enormous sway over literature and the arts. He was, also, responsible for protecting livestock, and was also associated with fertility, music, luck, and deception. He was considered the messenger god. His Roman name was Mercury.

5. Hades, god Of the Underworlds: Hades was known for his petty and evil character, but also for accumulation of wealth. He was the ruler of the world of the dead, with which he was sometimes synonymous. He was cunning as he tricked Persephone, his wife, into eating enchanted pomegranate seeds so that she would have to remain with him during the autumn and winter months of the year. His Roman name was Pluto.

6. Demeter, goddess of Harvest:  Demeter was the goddess of growth for the ancient Greeks. She was, also, mother to Persephone, who was abducted by the underworld god Hades to be his bride. Her Roman name was Ceres.

7. Apollon, god of Art, Music and Prophecy: One of the most famous and complex deities, Apollon held the powers of music, poetry, art, oracles, archery, plague, medicine, sun, light and knowledge. He was one of Zeus’s sons and the twin brother of Artemis. His Roman name was Apollo.

8. Ares, god of War: Unlike his sister Athena, who represented military strategy, Ares represents the violence and strength of war for any cause or reason. His fellow deities were not particularly fond of him. His Roman name was Mars.

9. Artemis, goddess of Hunting and Wilderness: Well-known for her powers in nature, Artemis was also the protector of children and childbirth as well as the living world. She is often depicted with a deer or a hunting dog. Her Roman name was Diana.

10. Athena, goddess of Wisdom, Reason and War: She was the goddess of war for a good purpose– not bad. She famously sprung fully formed from the forehead of Zeus. The city of Athens was named after her and the Parthenon was her chief temple. Her Roman name was Minerva.

11. Aphrodite, goddess of Love and Beauty: The most beautiful of the goddesses in Mount Olympus, Aphrodite was a weak and adulterous character. It was said that she emerged from the foam generated when the severed testicles of her father, Uranus, were thrown into the sea by his son, the Titan Cronus. Her birthplace was Cyprus and her Roman name Venus.

12. Hephaestus, god of Fire, the Forge and Craftmaship: He was the son of Zeus and Hera and married to Aphrodite. According to the legend, after Hephaestus was born, Hera threw him from Mount Olympus, the residence of the gods, because he was crippled. His Roman name was Vulcan. Please, feel free to leave your comments or questions below. All questions will be answered.

Thank you for reading! 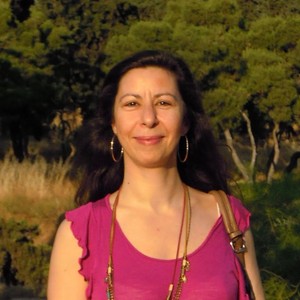