My Lesson Material is Now Available for Free Talk!

A lot of students have been enjoying my lesson material for my Reading the News lesson so much that I have now started using it for my conversation classes too. For conversation classes we both read the story before the lesson and then talk about it using the "Conversation Questions" section of the material. If you'd like to have a look at the material you can go to the website here: learnwithnews.com

Syria native Hassan al-Kontar has been stranded in Kuala Lumpur’s airport transit area for over one month. He is simultaneously unable to enter Malaysia and unable to go to another country.

He was deported from the United Arab Emirates to Malaysia when he lost his work visa in the UAE. He says that he lost his work visa in the UAE because of the conflict in Syria. He was then deported to Malaysia because it is one of a scarce amount of countries in the world that offers a visa on arrival program to Syrian people. The Syrian passport is one of the weakest in the world, which leaves Hassan with very few options of where he can travel to.

When he arrived in Malaysia he was given a 3 month tourist visa so he could arrange a more permanent country to travel to. Despite that, he was unable to arrange anything within the 3 month window he had. He even saved enough money to travel to Ecuador, a country which allows Syrians, but Turkish Airways would not allow him onto the plane. Perhaps due to the fact that a layover in Turkey would have been required.

When the 3 months ran out he was banned from Malaysia, so he is prohibited from entering the country again.

He also cannot return to Syria. He is unable because of how hazardousthe country has become from years of war. Even if he wanted to return, most commercial airlines are no longer flying there because of the danger. It is currently impossible to find a flight that goes from Kuala-Lumpur to Syria.

Hassan is now receiving support from the UN and airport officials but his future is extremely uncertain. He does not know where he can go and is running out of options. 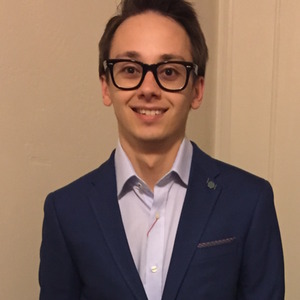