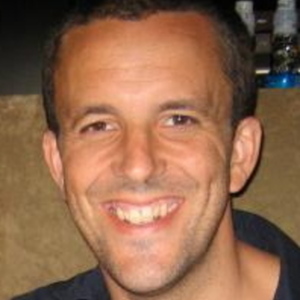 Q. Hi Steve, could you tell me a little bit about yourself for our students?

A. Sure, my name is Steve and I grew up in Dunedin, New Zealand. My father is originally from Houston, Texas though, so I have a lot of relations in the United States and like visiting there as much as possible. However I have been living in Japan, teaching English, and studying Japanese since I graduated from university in 1999 – quite a long time now! However I taught English in South Korea for one year in 2003 as well. It has been a great experience so far!

Q. According to your profile, you have a lot of hobbies such as snowboarding, surfing, and martial arts, as well as watching rugby and pro-wrestling. You obviously like sports a lot!

A. Well, I am far from the world’s greatest sportsman, but I do like outdoor sports and martial arts. One of the reasons I have been in Hokkaido for so long is the snow. I initially thought I would live in Japan for two or three years, but I just got hooked on backcountry snowboarding and haven’t been able to leave. Then I started surfing… Of course, there is good surfing and snowboarding in New Zealand too, but the snow in Hokkaido is particularly amazing – it just doesn’t stop falling! I have always been interested in martial arts as well, and did karate while I was at university in New Zealand. I wanted to continue doing traditional Japanese sports while in Japan, so I have been doing judo for five years and kendo, which is traditional Japanese swordsmanship, for three. Honestly it is quite challenging trying to fit in two different martial arts, but I just got my black belt (or shodan) in judo this April. Hopefully it won’t take long to get shodan in kendo as well. I just have to avoid getting too many injuries… And yes, I do like watching pro-wrestling and rugby as well!

Q. You have a few interesting lessons based on your hobbies like “English for Surf Trip Purposes” and “English for Pro-Wrestling”. Could you give us some details on these lessons?

A. My two most unusual classes would definitely be “English for Surf Trip Purposes” and “English for Pro-Wrestling”. The surfing class is dialogue and conversation-based, and aims to help people who want to travel and surf. It introduces anything from planning your trip, going through immigration to renting surfboards and finding good waves, with a lot of surf terminology and slang added in as well! The pro-wrestling class talks about and analyses matches using videos on YouTube. It definitely requires preparation by both the student and the teacher. It might be my most advanced class. Ha ha! At the same time, I do have general conversation classes, kids and teen classes, and more advanced reading classes as well, even one that focuses on Korea. If you are interested in any of them, please send me a request!

Q. So you look like a man of many talents. Of all the things out there, why did you choose teaching English as your profession?

A. I always liked English and foreign languages when I was at high school, and after majoring in English Literature at university, I decided to live overseas, teach English and learn a foreign language. I initially came to Japan on the JET programme, and liked teaching so much I obtained a qualification in TESOL, and am still here thirteen years later. It was a natural progression really and it’s also the only job I have ever had! I have lived in the Japanese countryside since I have been here, and one thing I really love is getting someone interested in English, despite being so isolated from the outside world. Another aspect I particularly like is teaching people of different races and nationalities, as not only does it make the world a smaller place, but I feel I learn as much as the student. So please keep telling me your stories!

Q. I take it you have some great experiences teaching English in Japan and South Korea. Are there any experiences you can share with us?

A. I have had many interesting experiences since I have been here. One story that doesn’t relate to teaching was when I left my car in the station carpark of a small town and took a train on an overnight trip. When I came back the next evening, what had formerly been a carpark was now the epicenter of a raging Japanese summer festival… and my car was nowhere to be seen! To say I was worried would be an understatement! I had to go to the local police box and ask about my car, which I wasn’t overly enthusiastic about doing. I was expecting to pay a fine for mistakenly parking my car in the wrong place, but instead the police officer apologised profusely, before rushing around trying to locate my car, which had been towed just around the corner. I was expecting to get into trouble, yet it was the police officer who apologised to me!

Q. I’d like to ask about your life in Japan. You are living in Hokkaido (the northernmost part of Japan), right? Could you tell us about the town you live in?

A. I live in a small fishing town of about 8,000 people called Hiroo, which is forty minutes up the coast from Cape Erimo Misaki. It is basically a long way from everywhere! Sapporo is four and a half hours away by car, and even though Obihiro seems close, it still takes about an hour and a half to get there. Although the area can appear a little bleak and windswept at times, Hiroo is quite a nice town. It is quite similar to living in New Zealand actually, as I am close to mountains, rivers and the ocean. As for the weather, it doesn’t snow that much in winter, so there are many sunny days in January and February. Once the temperature warms up in spring, it starts to snow a lot more, so I usually have to do the majority of my snow shovelling in March! After that it can be cool and misty until the summer. Fortunately the summer doesn’t get that hot either, and is usually quite a nice temperature. The one thing I particularly like about Hiroo is the surfing, as there are many surf points up and down the coast. Because of the surfing community in and around Hiroo, I have made quite a lot of friends too, so I enjoy living here a lot.

Q. I heard you’re into finding the perfect burger in Japan and the best butadon in Obihiro City. Have you succeeded in this quest so far?

A. Well, the best burger I have found so far is at the Oakway Inn, a small bed and breakfast in Mikage, which is near Shimizu in the Tokachi area. The owner lived in America for a while and loves American-style hamburgers. He makes them quite well too and the meat patties have a lot of flavour. Finding the best butadon, or pork bowls, in Obihiro City is a little more difficult, mainly as there are so many butadon restaurants to choose from. However I am trying my best to go to them all!

Q. Finally, would you like to leave a message for our students.

A. My main message for my students is to keep using the language on a daily basis – even ten to twenty minutes of private study is better than nothing! Don’t be afraid of making mistakes either – grammar is important, but communication is the key! Finally, although I almost never speak Japanese during my lessons, feel free to ask me questions in Japanese during class if you need to. Enjoy using the language and I look forward to talking with you! 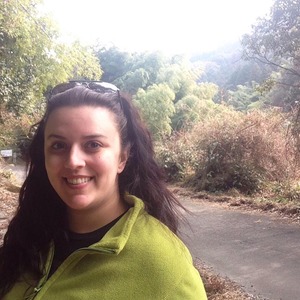 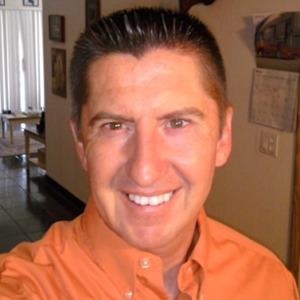